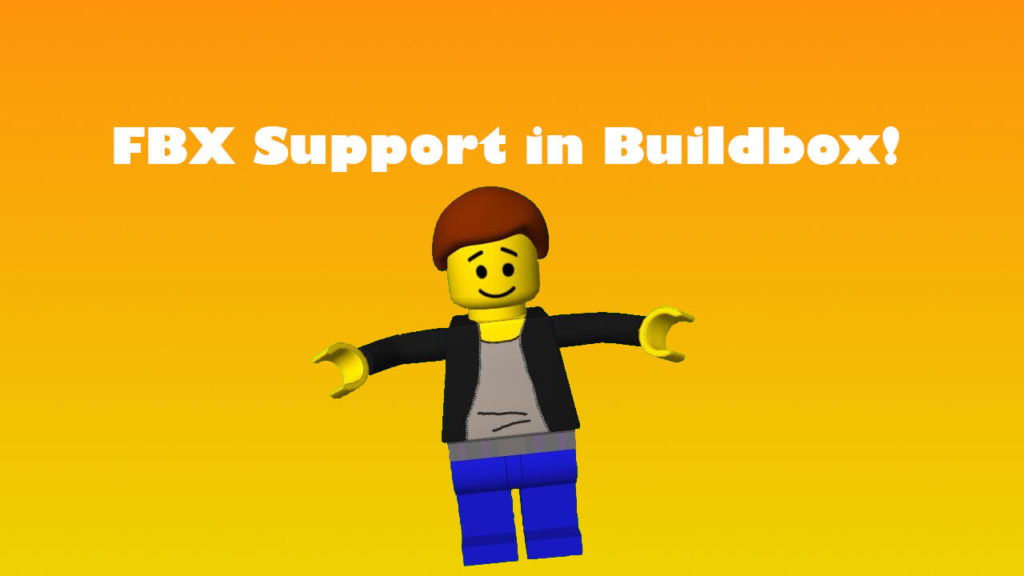 The nocode gamemaker software Buildbox is now supporting FBX, these news are so hot, and that will change the game for this gamechanger considerably.It brings a lot of opportunities and opens new doors in the gaming business.Since the update of Buildbox 3 last years december, the software makes one more bigger step after the other forward without stop.It was a long beta phase for Buildbox 3, but it really was worth to wait.

The big chances that we 3D artists have now, I can visualize all of them in front of my eyes!Since the FBX update was available in Buildbox, I tested it directly and not with the basic FBX Charakters, which we get provided by Buildbox!No i used one of my own 3D charakters i made in past, and it was a good challenge.Lego makes great toys since more than 60 years and also since a few years ago, lego makes very cool video games for all types of consoles and mobile devices.They’re funny and not too difficult 🙂

Some time ago, just for fun i made a Lego 3D charakter, just for fun.I never knew that this charakter would be used in video games one day.But i like the lego toys and video games and i wanted to see that it is possible to make a lego game with nocode in buildbox.I just did it and after i imported my charakter in buildbox, looked good at the first sight in the viewport.But in the game preview mode, it made some problems, it didn’t showed my charakter.I used the camera follow mode that the camera view follows the charakter, and yes the camera followed the movement, but there was no charakter to see.And then i found out that something with the scale from my charakter wasn’t correct.Yes i made this charakter just for fun in past and i didn’t made him in the correct scale as it should be for an 3D object, when we wanna use it for a video game. 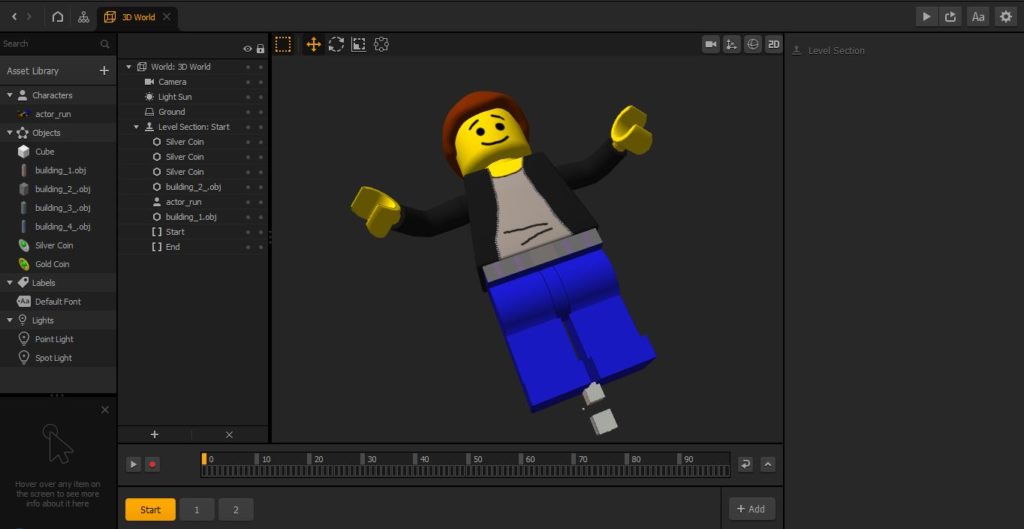 But where would be our progress without problems that could be overcome?:-)I was happy with the result of my first charakter i ever tried as an fbx animation in a video game.I also made a nice coin animation, in 2 different colours for my lego runner test game and i used them as png animation.But what am i talking about, i have a video, Why don’t you just watch it?:-)